To sign up or request more information about the 2023 Scotland Tour (June 13-22) visit the link SCOTLAND below, which will take you to Tim Grimm’s website, and then look for the Beyond the Tartan Tours:

To sign up or request more information about the 2023 Ireland Tour (June 24-July 3), send us an email by clicking on this link below:

As you can see we’ve got a brand new website here at katecampbell.com. Lots of additions and improvements all around. There’s a nifty little audio player at the top of the Home Page where you can listen to a track from every one of Kate’s albums. There are also music players for each album on the album page under Music. You can also find notes, lyrics and reviews there as well. The new site is “responsive,” meaning that it will adapt perfectly to phone, tablets and all sizes of computer monitors. The music players will now work on phones and tablets as well! We hope you like the new look and the improvements!

Samantics presents In Paradisum, a World Premiere Performance of a new work by Sam Schieber with 35 voices of Samantics Choir featuring Kate Campbell as a guest soloist.

Samantics Choir, and well-known soloists drawn from Sacramento, the Bay area, Nashville and D.C., will premiere an original choral work composed by Sam Schieber, Director of Samantics. Sam calls upon his lifelong experience with a wide variety of choral and solo writing to construct a work that showcases the unique talents of the Samantics Choir. True to all Samantics programs, this is guaranteed to be like no other concert experience!

The score, by Samantics Director, Sam Schieber, sets texts drawn from the traditional Requiem liturgy, the Psalms and the poems of George Herbert. In keeping with the subject matter, the piece will be mostly serious—but you can also count on a few Samantics touches! 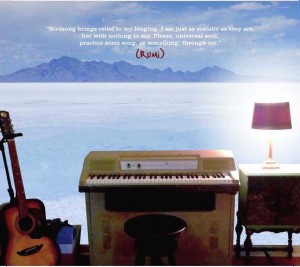 Please contact us now if you want to be on the list to go on the 2017 Ireland Tour.  For more info visit the Ireland page at Kate’s website.

There are several bundles to choose from in the Website Store:

Included in this special package are:

Included in this special package are:

You can request Kate to sign your CDs and/or posters during the ordering process.  Kate is always happy to sign posters and CDs!

Tangled & Twisted: The Making of Twang on A Wire video

And a whole lot more!

Kate hopes to see you in California!

She will be teaching songwriting classes at the following camps:

As you probably know, Spooner has played piano and organ on most of Kate’s albums.  The two of them even recorded an album (For the Living of These Days) together at Fame Studios in Muscle Shoals.

Listen to “If I Ever Get to Heaven”

Listen to “There Is A Balm in Gilead”

Listen to “Be Thou My Vision”

Listen to “Faces in the Water”

At FAME Studios,  Spooner played on such hit R&B songs as “When a Man Loves a Woman” by Percy Sledge, “Mustang Sally” by Wilson Pickett and “I Never Loved a Man” by Aretha Franklin.

As a songwriter, Spooner teamed with Dan Penn to write such hits as “Cry Like a Baby” (The Box Tops), “I’m Your Puppet” (James and Bobby Purify), “A Woman Left Lonely” and “It Tears Me Up” (Percy Sledge).

Spooner later moved to Los Angeles and has continued to be a sought-after backing musician, recording and performing with such artists as Bob Dylan, Joe Cocker, Linda Ronstadt, Jackson Browne, the Everly Brothers, and many others! 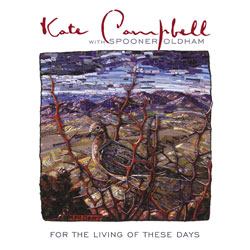 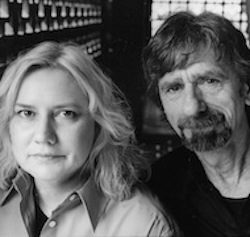 Venue:  Moonlight on the Mountain

Songs & Stories from the American South

Brother Joseph and the Grotto will have its premiere screening at the Abbey Byre for the Arts on the grounds of Saint Bernard Abbey in Cullman, Alabama on October 17, 2013. Tickets are by invitation only. To check on availability, contact Cliff Vaughn (cliff@redclaypictures.com).

House of Mercy Recordings announces the release of Bird Songs that features 15 different artists and includes classics like “The Great Speckled Bird” and “His Eye is on the Sparrow.”  Kate recorded her original song “Hope’s too Hard” in Nashville with David Henry who played cello on the tune.   The CD is a musical companion to Debbi Blue’s book titled Consider the Birds and is available at iTunes.

Kate  Performed at Mountain Stage on Sunday, March 10, 2013 at the Paramount Center For The Arts in Bristol TN/VA.

This show was sponsored in conjunction with the  Birthplace of Country Music Alliance and also featured:

Asleep at the Wheel

The Down Hill Strugglers

“Brother Joseph and the Grotto,” currently in production, tells the “true fairy tale” of the tiny Bavarian hunchback monk who built a miniature city in the Alabama woods. Brother Joseph Zoettl, who died in 1961, built more than 125 miniature buildings out of concrete and recycled materials on the grounds of Saint Bernard Abbey in Cullman. This feature documentary is a creative chronicle of Brother Joseph’s life, which contains many of the hallmarks of classic fairy tales (e.g. name change, long journey, superhuman feat). As such, the documentary will have a fairy-tale structure.

For more info and to view teasers of the film, visit RED CLAY PICTURES.

AVE MARIA GROTTO is included on two of Kate’s albums:  SING ME OUT and ROSARYVILLE

Appearing on this show:

NOTE: This is an remote Thacker Mountain Radio

More Info: The award-winning Thacker Mountain Radio show features a literary guest and musical guests. It is regularly scheduled and broadcast out of Oxford, MS, but the show does a remote performance at DMI once a year. The show is rebroadcast statewide on Mississippi Public Broadcasting.