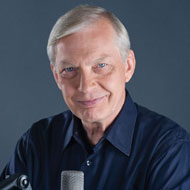 The Bob Edwards interview with Kate about 1000 Pound Machine will air on Monday, June 25th.