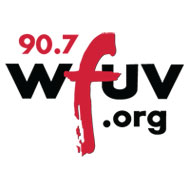 John Platt’s unique mix of music, perfect for Sunday mornings – 8-11 am on WFUV.

Sunday morning is a little quieter than the rest of the week, but it’s no less interesting on WFUV.

The Sunday Breakfast is our way to bring a little spice into your weekends, with the singers and songwriters you know and love plus a good dose of up-and-coming artist surprises, with John Platt, who’s been the host of the Breakfast since 1997.

Usually there’s a featured artist, such as Bob Dylan, Alison Krauss, Chris Isaak, Linda Ronstadt, Greg Brown, Norah Jones, Kris Kristofferson, Nilsson or James Taylor. John is known for putting together sets around a theme, which sometimes will evolve into a whole show, such as Unconventional Covers or Married Musical Couples.

Most shows also include an in-studio interview and live performance. Guests have ranged from icons like Pete Seeger, Joan Baez, Loudon Wainwright, and Judy Collins, to WFUV mainstays like Dar Williams, Bruce Cockburn, and Luka Bloom, to emerging artists like Richard Julian, Sonya Kitchell, and Ben Taylor. With his gentle probing John helps us to know more about the music – and who the artists are as people.